What We Are Passionate About

Our firm specializes in design development of custom homes, duplexes and renovations on single building sites by practicing residential building design under Section 60 of the Architects Act of British Columbia. Projects are typically located on Vancouver's North Shore and the Sea to Sky corridor. Drawings are prepared using state of the art CAD technology by a skilled team of in house technicians. Our proccess is professional, uniquely different, and fun for everyone involved. Born in Baden-Baden and raised in Gaggenau, on the northern tip of Germany's Black Forest, Joe arrived on the West Coast of British Columbia in his early teens. After graduating with a Diploma in Building Technology from the British Columbia Institute of Technology in 1982, he participated in the early design development of Yaletown, one of Vancouver's old rustic warehouse areas, revived to a much sought after office, residential and restaurant district. As the local economic recession reached its peak in 1985, Joe spent the next four years honing his design skills with firms in Giessen, Germany, and Houston, Texas.
Following his return to BC, and after a successful seven year stint with the Pella/Hunt Corporation as Territory Sales Manager, he started Rommel Design which since has evolved into one of Vancouver's most sought after single family residential design firms, having successfully completed hundreds of projects, large and small. 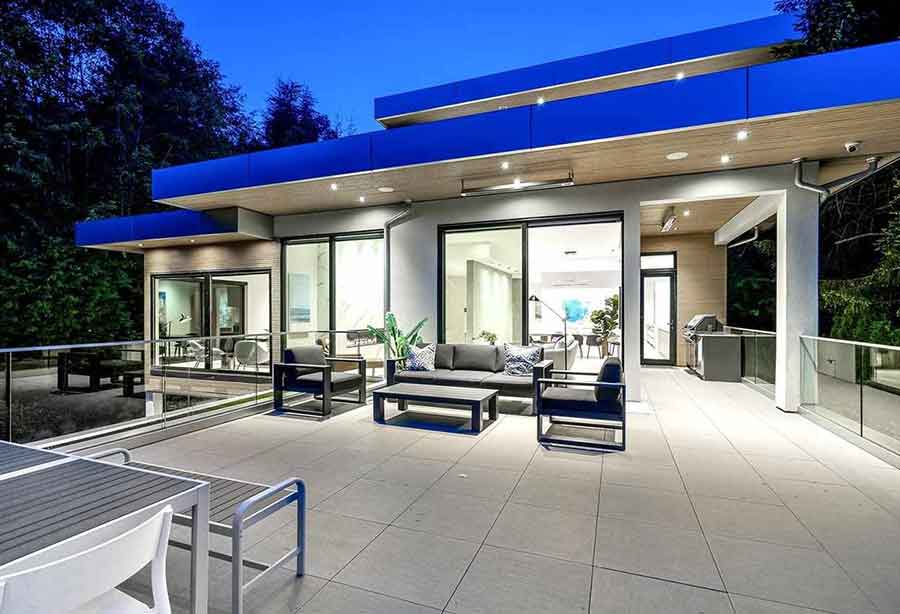 In our twentyfive years of designing houses, Rommel Design Ltd. has gained a solid reputation for functional, as well as sensible design of most all residential design styles. Our primary objective is to keep the building structure as simple as possible, so that you are able to allocate your budget to where you can see, feel, and live it! This is is successfully accomplished through careful listening to you, our client, and translating your wishes and needs into design concepts which exemplify their practical requirements within an imaginative building form. A Rommel designed home is an investment in quality. It will be a true statement of how you live and how you create a home! Many of our custom homes have either been nominated or received the coveted Georgie award over the years.

Renovations contribute to a large part of our projects. Several of which, have won heritage design awards in West Vancouver and the City of North Vancouver. We typically require your survey, as well as as-built plans of the existing home to begin the process. Initially, a detailed replica 3d model of your existing home is developed. We then meet to obtain your wishlist of needs and wants. This establishes the architectural program which is then added to the model, before construction drawings can begin. Advancements in architectural software technology have made it possible to extract all required information to build your home from a single building model (BIM). Once this model is complete, and the neccessary details are added, it can be used to generate photographic images and video clips which display your future home in real time before it is built. Inside & out. These images are often easily manipulated to test different exterior finishing options. They have been extremely well received by our clients, especially those who struggle imagining the finished product by merely reviewing two dimensional floor plans & elevations.
Examples of these video clips can be viewed on our Youtube channel. Construction drawings are a graphic, detailed, and written summary of the decisions made during the design process. They become the means by which design decisions are communicated to others including building officials, builders, subtrades and often lenders. A set of construction drawings should be complete, and coordinated. Complete, so that all of the information is included, and a full understanding of the project can be obtained. Coordinated, so that all information can be easily read and correctly interpreted. The drawings are considered complete when all of the information that your builder needs to turn your dream into reality is adequately displayed. Windows can make all the difference. Since the introduction of Article 9.36 in 2015 to the BC Building Code, fenestration requirements have become more stringent, and can affect how things look. Often, we are asked to work closely with your window supplier to make sure that sashes are balanced, and glass exposure toward view corridors is not discouraged, as this can often prevent required frame and glazing systems to dimishing the desired style, as well as curb appearance. There are many questions to be answered when planning to build your dream home or renovation. This well before you see sketches of floor plans or 3d renderings. Is there enough height to add a play loft over the kid's bedroom? How close can we build to our neighbour? We would like to have our bedroom beside that calming creek which came with the property? Is their enough room for a three car garage?

We are often asked to visit the site prior to a purchase, create a zoning report, and try to answer most if not all of these questions. "I used Joe Rommel to design my house, he is professional & knowledgeable in what he does. He would listen to my needs, style ,size, design & budget for the house & came up with it, and when we had to change or tweak a few things he did it no problem. Thank you for doing excellent job for us!"

"The Joe and Ruth team are the best! We have used them twice and I can not say enough good things about them, Highly recommended! We would/will use them again for sure. We have used them for both our dream house and our lake cabin."

"We love and enjoy working with Joe Rommel for designing our home, he is an expert in his field. He is great in taking your needs and requirement for a home and turning it into a fantastic design. He is very knowledgeable in his craft and uses the state-of-the-art technology for his drawings. He is very easy to work with and extremely trustable. We highly recommend Joe from Rommel Design for any family who wants to have an ease of mind designing their next home."

"Rommel Design exceeded all of my expectations. They were extremely easy to work with and their final product and design was top notch. Highly recommended to anyone looking at designing a new home."

"As a custom home builder, I rely on my designers to provide great designs that fit the client and the homes surrounding neighborhood. For that I can count on Rommel Design. Efficient, friendly and professional, Joe and his team are a pleasure to work with and I highly recommend them!"

"Just thought you should know, Lorne Jones the builder called me to say he was really impressed with our plans, "it was well thought out, had excellent flows, great use of space."

"Joe Rommel and his team at Rommel Design Ltd. worked with my wife and I through our renovation project in North Vancouver in 2011. Joe's eye for design and knowledge of the building process was instrumental in coming up with the exact design we were looking for and took into account the needs of our young family. From concept to building permit the entire team at Rommel Design was professional and hit the time line we required to get the process started. Joe also recommended our contractor and went out of his way to stop by the site to check on the progress of the job. We could not be happier in our newly remodelled home and would not hesitate to recommend Joe to anyone looking to renovate or build a new home."

"We have used ROMMEL Design Ltd. on several projects. Both - Commercial & Residential. They have superior knowledge with current building codes & city zoning bylaws. Also, they maintain a solid relationship with Professional consultants. IE: Structural, Geotechnical, & Enviromental. Communication, both written with verbal is excellent. I look forward in using ROMMEL Design in the near future!"

"Joe Rommel provides first class design service and has excellent knowledge of the local design and building codes and zoning requirements. He also has a very refined taste for fine red wine."

"Our experience with Joe was very enjoyable from start to finish. I hired this company two times already ! Their knowledge not only of architecture but of the actual construction process itself, helped us to ask the right questions at the right time of mine( I am home owner builder) and the sub-trades that were working here in the house. Also, price is very reasonable! We would highly recommend Rommel Design for their innovative thinking, ability to listen and ask questions, and for the humor that they brought to the project. We enjoyed working with them and my family really love the house. Mahalo Joe!"

"I hired joe yo do a complete architectural drawings for a house I was building for my family. He did a fantastic job on time and on budget!"

"It was a pleasure working with Joe Rommel on my subdivision project. His attention to the details and his past experience in design helped me enormously presenting my application to the City of North Vancouver. I highly recommend his services and wish him good luck."

"We have used Joe Rommel for the design and follow up on several homes and found that his knowledge, experience and ability to listen is a great asset. Joe is able to transfer the owner's ideas and create beautiful space. We recommend Joe Rommel to anyone looking to design and build a new or remodel a home."

Please fill out the form below to send us an email and we will get back to you as soon as possible.